After passing the CCIE Lab Exam in Routing & Switching v5 on August 27th 2015 my CCIE Plaque has finally arrived. 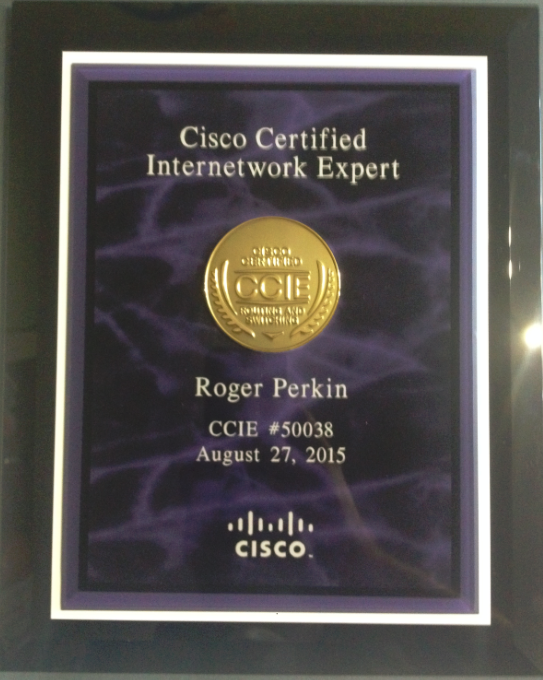 After all the late nights and weekends of studying and the cost of the training, bootcamps, travel and the lab exam fee, what do you get for passing?

Well apart from your digits which will stay with you forever, Cisco send you the coveted CCIE Plaque, a paper certificate and a retractable key thing and two very small stickers.

I must say it is more of a solid object than I was expecting, it is a solid block of perspex construction and quite heavy, just need to decide where to put it now! 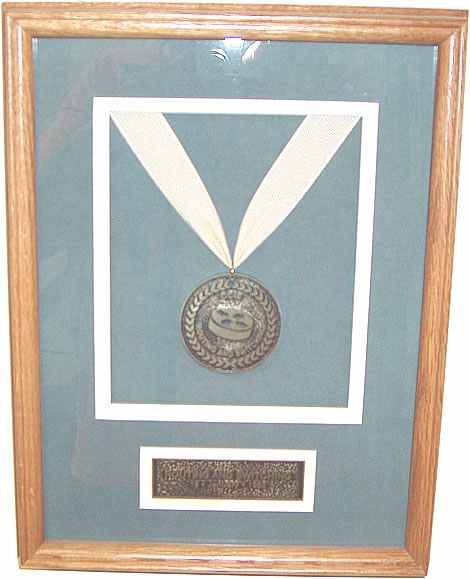 This is often referred to as the Medallion Plaque.

There was also a version between this one and the current one which was just like a printed sheet of paper in a plastic frame. 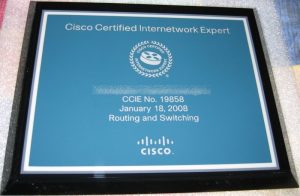 For more info on the person that received this one and his comments head over to:
http://ccie-in-3-months.blogspot.co.uk/2008/02/ccie-plaque-too-cheap-for-ccie.html

#1024 the first ccie number was awarded to the lab room.