Learning Python for Network Engineers is becoming an essential skill in 2020.
If you want to master Python Network Automation and become a network automation engineer, the posts below are all focussed on practical examples using Python and include many Python tutorials, scripts and network automation projects.

All code is based on real world working examples of things I use every day to perform network programming and automate network infrastructure.

Python is a general purpose programming language developed in the eighties and named after Monty Python (not the snake). If you really want to master Python for network automation, the posts below will be a great start.

It is the best language to automate network devices and comes installed on many Cisco devices.

Not to be confused with Python NetworkX which is a Python library for studying graphs and networks!

Read all my posts on Network Automation

Python is a new skill set that allows network engineers to make changes to network devices programmatically. Using tools like Nornir & Ansible. A network automation engineer is basically the new breed of network engineer who utilises developer methodologies to improve their workflow and to become more efficient and effective in their job.

Python vs Ansible, which is best to learn?

This is a very common question and the answer is, it depends!
If you want to get started quickly with an already built platform Ansible is great, if you want to learn a language which will stay with you for years, learn Python. My advice is to learn both!

The short answer to this is Yes! But it all depends on how much coding you want to learn. Network engineers of the future are going to need to know some basic Python skills to be able to interact with network devices. Whilst you do not need to become a full stack developer, some basic Python, Git and coding skills are going to become essential. 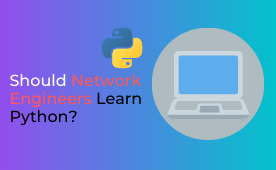 Should Network Engineers Learn Python? A question I get asked all the time is “Should network engineers learn Python?” The short answer is yes, but as with all things IT it depends! Here are a few quick reasons why I think you should learn Python. The networking community has chosen Python as the language of … 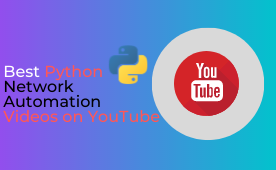 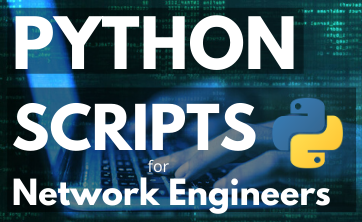 Python for Network Engineers In this post I will cover in detail some Python scripts for network engineers that I use on nearly a daily basis. For each example that needs connectivity I will be using a basic topology of 20 x CSR routers. I will also be using Netmiko to connect to the network … 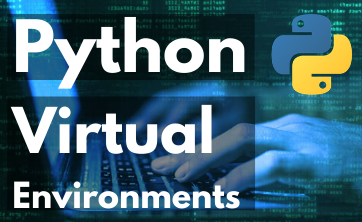 In this Python virtual environment tutorial I will show you how to manage different projects that might require different versions of packages or modules. By default all packages or modules are installed in the same location (this location is dependent on your system). If you are writing a project that requires version 1.0 of a …

The networking industry is telling us all that we need to learn Python, we need to do network programming, we need to learn network automation, the CLI is dead! But for most of us nothing has changed and we are thinking what is all the fuss about? The truth is that using Python for Network …

Do you want to find the best way to learn Python as a non programmer? If you are searching for how to learn Python coding on the internet you will be overwhelmed with the amount of information. On Udemy alone there are over 10,000 courses teaching Python programming, so where do you start? The best …